The highest Greek mountain is called Olympus and was the residence of the twelve ancient gods. Back in 1983 was declared as National Park in order to protect this unique part of the country.

Olympus is internationally known as for its important ecological characteristics and incomparable natural beauty as well as for its strong relationship with ancient Greek mythology. The importance of the National Park has been recognized not only in Greece and Europe but all over the world. In 1981 UNESCO declared "Olympus a Biosphere Reserve". The European Community has included Olympus in the list of “The Most Important Bird areas of the European Community”.

You can easily travel to Olympus. The mountain is located between Pieria and Larissa. The highest point of Mount Olympus, named Mytikas, is located 78 km from Thessaloniki.

Mount Olympus is the second highest mountain in the Balkans as well. There are recent archaeological finds that go back to the Iron Age. Prehistoric man chose to live at the foot of this glorious mountain. Inspired by its mystery he created the legends that gave birth to the Twelve Greek Gods. Mytikas (according to Homer with name Pantheon) is their meeting place.

At the foot of the mountain, 5 kilometres from the sea, a sacred Macedonian city is dedicated to Zeus (Dias) and is called Dion. It is estimated that it flourished between the 5th century B.C. and the 5th century A.C. 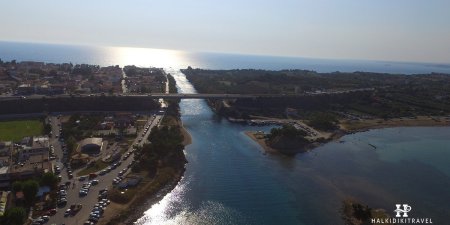