Notable sights to visit in Halkidiki

Notable sights to visit in Halkidiki

Anthropological Museum Petralona: If you are interested in the Prehistorical period in Greece, the Petralona Cave will impress you. It was discovered in 1959 by a resident of Petralona, Philip Hatzaridis and became known worldwide, a year later, when Christos Sarrigiannidis found the skull of Archanthropus. This skull is considered one of the first human finds in Europe. In the cave, you will also see remarkable finds and you will be transported to the climate of the old times through the geological morphology of the soil. You will find fossils of extinct animals including lions, large quantities of mineral mammals, horse bones, cave bears, and more. Traces of fire, are estimated to be some of the oldest on earth. You can also visit the Anthropological Museum of Petralona, where you can admire finds of that time.

The Aristotle Park: The Aristotle Park or else known as Grove of Aristotle is located in the historic village of Stagira, in an amazing location with lush, natural scenery and great views. In the Stagira area, which is Aristotle's birthplace, the large theme park "Grove of Aristotle" was created in 2003 with original interactive instruments. These are experimental instruments, that are bases on the natural laws, which are mentioned in Aristotle's work called "Physics". Some of them are Compass, Telescope, Prism, Solar Clock, Optical Discs and more. In addition, there is a café-restaurant in the Park, where you can enjoy your coffee or your food, along with great views. In this way, you can combine learning with a beautiful escape next to nature.

Folklore Museum of Poligiros: One of the most famous archaeological museums of Halkidiki is the Folklore Museum of Polygyros. Among very important finds, there are many archaeological finds from excavations at Olynthus, ancient Acanthus at Ierissos, the sanctuary of Ammon Zeus at Kallithea and other important archaeological sites of Halkidiki. More specifically, some remarkable exhibits are a 6th-century Kouros statue found in the port of Old Stagira, a carnivore of the same period, found in ancient Acanthus, two statues found in Stratoni and also some decorative objects from Potidea and Pirgadikia.

Historical Museum of Arnaia: The Historical and Folklore Museum of Arnaia is located in the central square of the village. There was a need to establish this, in order to preserve and disseminate the cultural wealth of the area. The locals donated all the museum's exhibits and have donated many valuable and rare items such as tools, family heirlooms and more. All in all, Arnaia is a tourist attraction all year round, because of its prime location and many people choose this place for agrotourism.

Ancient Mende: Ancient Mende is located in Kassandra peninsula. It is mentioned by Thoukididis as the colony of Eretria, which was founded in Pallini. Exports of the famous "Medean Wine" achieved significant economic growth in the region. The archaeological site of Ancient Mende is located on a hill that leads to the sea. In the cemetery that was found at the beach of Hotel Mende, 241 tombs were discovered and the pots that were found, are considered typical samples of the pottery in Halkidiki.

Olynthos: The ancient city of Olynthos was built on two hills. At the place of excavation which is open to visitors, the have been found ancient tombs, ancient coins, and uniquely beautiful mosaics dating to various eras of Greek history. The ancient city of Olynthos, was the most important political, economical and military center of Halkidiki and it definitely worths a visit. In the area, you can also visit the Archaeological Museum of Olynthos, where you will find audiovisual material that will travel you back in time and you will learn the history of this place.

Mount Athos: Of course, we can't forget to mention the most important religious destination of Halkidiki, Mount Athos or else known as The Holy Mountain. It is a self-governing part of the Greek state, with beautiful natural sites and 20 monasteries. 20 imposing monasteries and Mount Athos will surely enchant you with their beauty. The entrance is only allowed to men, the so-called "AVATO", but women can also enjoy the beautiful natural scenery, if they take the tour of Mount Athos on a daily cruise. This peninsula has been declared a world heritage site by UNESCO

These were some suggestions from the most famous sights of Halkidiki. If you are interested in historical, archaeological and religious tourism, you will surely find something close to your interests.

Have a nice stay! 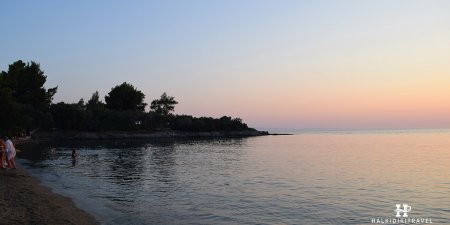