The area of Halkidiki is notable for its olive oil and olives production. Also, various types of wine are produced.

Halkidiki has been a popular summer tourist destination since the late 1950s when people from Thessaloniki started spending their summer holidays in the coastal villages. In the beginning, tourists rented rooms in the houses of locals. By the 1960s, tourists from Austria and Germany started to visit Halkidiki more frequently. Since the start of the big tourist boom in the 1970s, the whole region was captured by tourism. In the historical hotel complex of Porto Karras, there is a golf course.

Gold was mined in the region of Halkidiki during antiquity by Philip II of Macedon and the next rulers. As of 2013, a revival of mining for gold and other minerals was underway with many concessions granted to Eldorado Gold of Canada. However, critics claim that mining would adversely affect tourism and the environment. 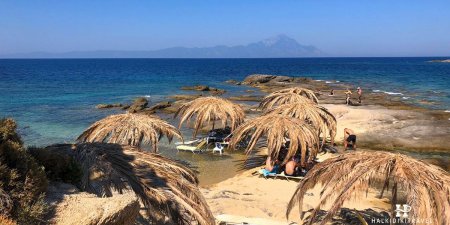