The russian President Vladimir Putin visited the Mount Athos for second time as part of a two-day visit to Greece. The purpose of this visit was the pilgrimage and the motivation for it was the events which took place for the 1000 years of Russian monks in Athos. For his movements, there were 3 similar armored vehicles, the one was in a specially guarded space at Macedonia airport of Thessaloniki and the other two in Karyes. After his arrival at the airport Macedonia on Saturday morning May 28, Putin departed for Trypiti by car and from there, he took the boat for Dafnes and finally, again by car he arrived at Karyes, the capital of Holy Mountain.

The welcoming of the President was solemn by the President of the Greek Republic Prokopis Pavlopoulos, Deputy Foreign Minister Yiannis Amanatidis, the superintendent of Mount Athos “Gerontas Paulos”,the representative of the Ecumenical Patriarchate Metropolitan Apostole of Miletus and finally, the political director of Athos Aristos Kasmiroglou.  In the church of Protatou, they welcomed him with a brilliant ceremony and they gave to him a copy of the picture of the "Christ Enthronou", which was painted around 1300 by Manuel Panselinos.

Then, Putin went to the church of Agios Panteleimon which is a Russian monastery for another half hour,  and there, he completed his pilgrimage visit. Although initially he had arranged several visits to monasteries and areas eventually they were canceled and he remained to the Mount Athos for 3 hours totally. The presence of Russians on Mount Athos appears to be particularly important for Moscow.

The Patriarch of Moscow Kirillos also attended at the Mountain with the President. The two men tried the traditional sweet florentines and they were very satisfied with it and with the overall hospitality which was given to them.

Throughout the duration of the visit, the security measures were hight and the control very strict in order to avoid unexpected unpleasant incidents. 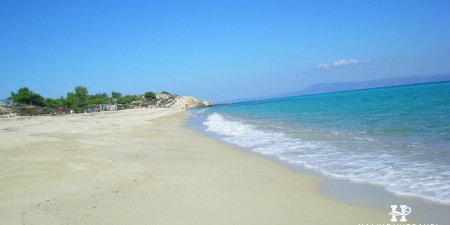