Kalyves of Polygyros is a large tourist settlement south of Polygyros. It is located between the first and second peninsula of Halkidiki and is 60 km away from the airport of Thessaloniki. The coast extends to more than 5 km and reaches down to the beach of Gerakini. The area has experienced massive tourist development during the recent years following the construction of luxury tourist units.

Many tourists visit Kalyves of Polygyros each year and choose low budget hotels and lodgings for their accommodation. We suggest that you select the Kalives Resort located just 350 meters from the beach. Also, take a look at Alkinoos Beach Hotel near Gerakini.

BOOK A ROOM IN KALIVES NOW

The ancient city Mykiverna was in the area, which was the port of ancient Olynthos and also the old settlement Molyvopyrgosl.

Our Hotel suggestions near Kalives Halkidiki 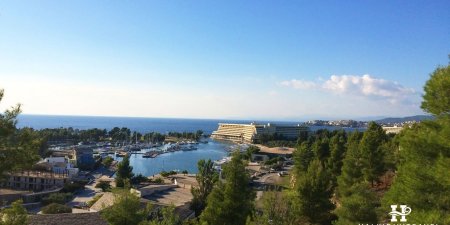