Olynthos is an agricultural village located between Kassandra and Sithonia in Halkidiki. It is 75 km away from Thessaloniki and only 25 km away from the capital of Halkidiki, Polygyros. The village currently has 1200 inhabitants who are mainly engaged in agriculture and the cultivation of olive trees.

The village is a short distance from the excavations of ancient Olynthos. The famous city of ancient Olynthos was the most important political, economic and military center of Halkidiki from the 5th to the 3rd BC century. The city was built on two hills: The South and the North. At the place of excavation, which is open to visitors, there are ancient tombs, ancient coins, and uniquely beautiful mosaics dating to various eras of Greek history.

Olynthos is an area which should be visited by everyone who loves history. You can stay in one of the accommodations offered in the village such as Hotel Olynthos.

BOOK A ROOM IN OLINTHOS NOW

Our Hotel suggestions near Olynthos Halkidiki 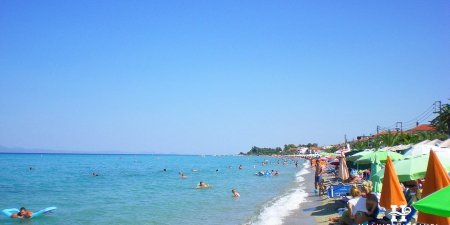