What To Expect At Mount Olympus

What To Expect At Mount Olympus

Mount Olympus is one of the most interesting travel destinations on the world - which is not to say it’s necessarily among the most popular. The discrepancy is due to the fact that a lot of people outside of Greece don’t realize that the mountain is actually a very real place, because it’s best known for its connection to Greek mythology.

This is something a lot of people in the modern world have come to know, if not through early education in world history then through pop culture and entertainment. Perhaps the most significant example from the last decade is the film Immortals, which concerned battles between the gods, titans, and men of ancient Greece. The film involved, as one review put it, the evil king Hyperion and his quest to unseat the gods of Olympus - who were shown in their home at various points in the film. It was a sort of barren yet idyllic mountaintop above the clouds where the gods reconvened in between adventures to the surface of the Earth.

An even more recent example of pop culture depicting Mount Olympus comes in the form of a game - or really, a whole sub-genre of games - that has been played by untold numbers of people online. The Legend Of Olympus is a slot arcade that transports you to the mythical age of the Greek gods and the top of Mount Olympus. Its artwork basically depicts Olympus as a sort of Classical city on a hill, which may actually be the most common version of the visual. It’s a one-off game, though an entire “Age of the Gods” franchise of slot games followed it and in some cases put forth vaguely similar interpretations of the ancient gods’ home.

When you think about these kinds of things out of the context of actual world travel, it’s easy to understand why some would assume that Mount Olympus is a fictional place. However, as you may have seen in our previous write-up on excursions to Olympus, it is in fact very real, and is the tallest mountain in Greece. It’s fairly easy to access from the Halkidiki region if you happen to be traveling there, and is certainly worthy of consideration if you’re a fan of hiking, scenery, history, or any of the above.

What you can expect if you do make it to Mount Olympus is a striking and largely rocky mountain that appears from certain angles to shoot more or less right out of the Aegean. It rises to an impressive height of over 2,900m at Mytikas, which is the name that’s been given to its ultimate summit. It is here, legend tells us, that the ancient gods would gather together (as we see in the film Immortals). However, it’s worth mentioning that there are a few different peaks and summits, and others (such as Stefani, the home of Zeus) are of interest also.

As far as hiking the mountain, you should probably expect to begin in Litochoro, a small town from which you can easily access the main treks up the mountain. These treks generally take a couple of days (round trip), and there are places to stay along the mountain, meaning you won’t necessarily have to camp overnight. There are a few different peaks to climb to, including the two previously mentioned and the less challenging Skolio. Mytikas represents perhaps the most complete version of “hiking Mount Olympus” if you’re in it for the story and the history, but it’s actually a fairly challenging route at times, and meant for people who are athletic and/or experienced with mountain climbing (though it’s not to the point that advanced equipment is required).

As with most legitimate mountain hikes, you can expect pretty views (given good visibility) and a genuine sense of accomplishment if you reach one of the peaks. At Olympus, however, there’s the added satisfaction of having summited one of the truly important and mysterious mountains of human history. 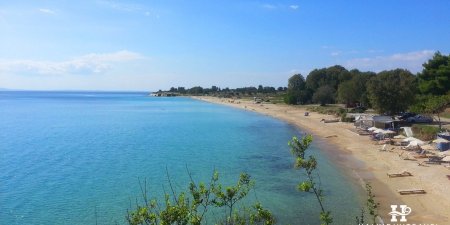